It sneaks up on you slowly … the blurriness. You know your daughter’s face like your own, but for years now what you’ve been seeing is a memory of her face, not the fog of light and dark you actually see. And your grandson is a blur even in memory. You have only a voice and warm hands to know him by.

Such debilitating vision loss and full blindness is three times more prevalent among Indigenous Australians than the rest of the country. That is despite Indigenous Australians having much keener sight than average at birth. In 94 per cent of cases the vision loss is readily preventable with perhaps just a regular eye check, some routine surgery, or basic washing facilities, or in many cases simply being prescribed spectacles.

That many Indigenous Australians don’t have regular access to such services and facilities is a story of neglect, short termism and poor policy co-ordination that has long bedevilled the sector and, arguably, all of Indigenous health. Indeed, vision loss accounts for fully 11 per cent of the total health gap between Indigenous Australians and the rest of the country.

But relentless data gathering, reporting and policy analysis by a committed group of University of Melbourne researchers is gradually starting to pay off in improved Indigenous eye care as governments around the country take notice of their evidence and the critical 42 integrated policy recommendations they have formulated.

Vision loss caused by refractive error, cataracts, diabetes and the painful eye disease trachoma that is present in some remote Indigenous communities are all easily prevented. But world-recognised ophthalmologist Hugh Taylor AC says there has been a chronic failure of policy focus and co-ordination to simply ensure services get to where they are needed.

“It isn’t rocket science, it isn’t a new technique or treatment. It’s simply about making sure that people are getting the care they need,” says Professor Taylor, who leads the University’s Indigenous Eye Health Group. “Half the vision loss, for example, is just due to the lack of a pair of glasses and that could be fixed right away.”

Backed by philanthropists and the University of Melbourne, a small team of researchers at the Indigenous Eye Health group have since 2008 been compiling the hard data on the poor state of Indigenous eye care and shining an uncomfortable spotlight on the consequences. They have gone beyond the numbers to work with all stakeholders, including Indigenous communities that are driving their own changes. They have even formulated a detailed policy “Roadmap” of recommendations and targets that is now being progressively implemented by governments and is starting to make a difference, giving us a real prospect of meeting the target to close the gap on vision by 2020.

“For every $1 we have been spending on Indigenous eye care there has only been 90c worth of benefit. If we only do it right there would be $2.50 worth of benefit for every extra dollar spent,” says Professor Taylor.

Professor Taylor once stood in the rain at an event at Port Arthur in Tasmania just for the chance to get five minutes with then Prime Minister Kevin Rudd. He got wet, but it was enough to persuade the PM to provide Commonwealth funding for work to eliminate trachoma.

“What was needed was for someone to show government the data, show them the solution and give them a target, and that is where the University and researchers have come in,” says Professor Taylor, who is the Harold Mitchell chair of Indigenous Eye Health at the University of Melbourne. “Putting it simply, we did the research, engaged with the community and put a scorecard up in front of government that made clear we had to do more and that it couldn’t be ignored.”

The recommended changes include setting benchmarks for performance, introducing new screening standards and facilitating better partnership building between services and communities to stop people falling between the cracks. 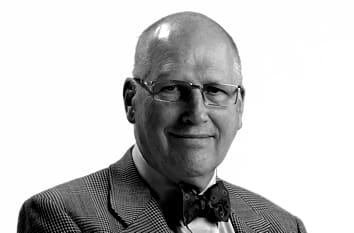 It isn’t rocket science, it isn’t a new technique or treatment. It’s simply about making sure that people are getting the care they need.

Faye Clarke, Care Co-ordinator at the Ballarat and District Aboriginal Co-operative in regional Victoria, knows first-hand how the system has been failing.

An Aboriginal woman of the Gunditjmara, Wotjobaluk and Ngarrindjeri peoples of Victoria and South Australia, Clarke is a qualified nurse who grew up around the Ballarat community. She knows intimately the challenges of persuading health practitioners to focus on her community while also persuading her community to trust the health system. She recalls a few years ago trying to organise an information session on eye health for her clients but she couldn’t persuade any local optometrist to help. “I couldn’t even get past their receptionists,” she recalls.

An ongoing problem she faces is keeping track of clients to ensure they are actually attending regular eye checks and seeing the specialists they need to. Part of the problem is that health practitioners don’t always make it a priority to communicate with the Co-operative as an important intermediary.

Such poor communication meant one of her clients simply stopped attending their doctor for their monthly eye injections because the procedure was too distressing. It wasn’t until Clarke intervened and went with them to visit the doctor that they were all able to jointly talk through the client’s concerns and agree that having injections every three months would be sufficient.

“Sometimes it is this negotiation on behalf of the client that is enough to keep them engaged with the system,” says Clarke.

“The problem is the entire system is like a big leaky pipe – there are just so many places for people to drop out and have no one following them up,” says Clarke. “It is this model of the leaky pipe that the University has provided to bring a new focus on addressing these problems, and they have compiled all the research and evidence that has now gone into producing this Roadmap of recommendations, goals and targets.”

“We focus on building health knowledge for our communities, but we can’t solve the problem from just that angle. There are also all these social determinants of health like housing problems and justice problems, and employment issues, the poverty cycle and historical barriers to using health services that we have to account for and overcome,” she says.

Despite the initial lack of engagement on eye health from local optometrists, Clarke persisted and contacted the Australian College of Optometry in Melbourne, with whom she has since established a strong working relationship to provide optometry services to the community. She was also contacted by the Grampians Region Aboriginal Eye Health Advisory Group and the University’s Indigenous Eye Health group, which worked with her to develop and implement an eye health education engagement program for the region.

“On the ground the impact has been fantastic because it has opened us up to this expertise that we now have on tap, both through the College in terms of optometry services, and the University in terms of community engagement,” says Clarke.

It is the actions of people like Clarke that are at the core of the “Roadmap” and which need to be facilitated, says Mitchell Anjou, a research fellow and trained optometrist at the Indigenous Eye Health group. “It is about having the system working with communities and governments to support the delivery of services, and addressing problems collaboratively and applying what works well,” he says.

The work by the Indigenous Eye Health group has included the development of an online calculator that gives health providers and networks the precise level of eye care they need to be delivering based on the size of their local Indigenous communities. The calculator gives them everything from the number of eye examinations needed each year, to the number of cataract referrals and surgical procedure required, as well as the staffing levels needed to deliver it all. It has been a valuable tool for highlighting deficiencies and making the case for more resources.

“In most cases health services find there is a significant gap between what is being provided and what is needed, so the calculator is an effective way to focus the attention of people on addressing that gap,” says Anjou.

The Indigenous Eye Health group’s first step was to set out the full extent of the neglect of Indigenous eye care in a 2008 survey report, compiled in collaboration with the Centre for Eye Research Australia. One of the biggest causes of vision loss among Australians is cataract, in which the lens of the eye becomes clouded.

The report revealed that while 56 per cent of Australians wore glasses for distance, only 20 per cent of Indigenous Australians did so, suggesting many were simply making do with poor vision.

One of the most shocking findings from the survey was the persistence of the blinding disease trachoma in some remote Indigenous communities. Australia is the only wealthy country where trachoma still persists and many poorer countries have eliminated it. It is a bacterial infection similar to conjunctivitis, but repeated infection eventually scars the underneath of the eyelid, causing the eyelashes to grow painfully inward and scaring the surface of the eye itself. Unless treated the resulting loss of vision will become irreparable blindness.

While active trachoma is treatable with antibiotics, the big problem is reinfection, especially among children. The disease is spread through infected secretions from the eye and nose, and can be eliminated if children have adequate facilities for washing and drying their faces, and there is sufficient health screening.

The good news is that since 2008, targeted action on trachoma and the gradual implementation from 2012 of the Roadmap means Indigenous eye health is finally improving.

The biggest gains have been in trachoma where infection rates among children aged 5-9 across affected communities in the Northern Territory, South Australia and Western Australia have fallen from 21 per cent in 2008 to 4.7 per cent. It has been eliminated in 150 communities, leaving it a residual problem in 60 remaining communities.

The newly released National Eye Health Survey by CERA, the first ever nationwide survey of eye health, shows that some gains are being made more broadly. For example, the proportion of Indigenous diabetes sufferers who underwent the recommended annual eye check increased from 20 per cent to 53 per cent.

“That is a big improvement and is a clear indication that the availability of eye exams has improved and that the referral process is working better, which are consequences of the Roadmap,” says CERA’s Principal Investigator on the project, Dr Mohamed Dirani. He also points out that the response rate to the survey among Indigenous Australians was about 90 per cent, suggesting that education efforts on eye health are paying off.

According to Professor Taylor, “to tackle most of the big health problems we don’t need a new breakthrough or discovery. What we need to do is simply better apply the knowledge that we already have”.

“That is true of health challenges in diabetes, infectious diseases, heart disease, and many of the cancers where a big difference can be made with just better screening, education and vaccination.”