The world is rushing towards a water crisis. The United Nations estimates more than 780 million people, 1 in 10 of the world’s population, do not have access to safe drinking water.

And that’s on a very elastic definition of safe and includes bottled water supply, says Professor Peter Scales, Deputy Dean of the University of Melbourne School of Engineering. “Across the planet, I think there’s three billion people who wouldn’t have what we in Australia would call drinking water,” he says. “That’s 1 in 4 people who still drink water that is not safe.”

Climate change is affecting rainfall patterns. Thirsty cities and desperate farmers are draining aquifers of groundwater. Fracking oil and gas wells take more water from a limited supply. Rivers are polluted with sewage and toxic cocktails of chemicals – some to the extent that they can’t be used for irrigation.

As the world dries and depletes, one solution to the crisis may lie in developing cheap, safe technology to recycle contaminated water – even sewage – into clean, pure drinking water.

A project at the University of Melbourne’s Carlton Connect sustainability and innovation precinct is leading the way. A team led by Professor Scales has developed a new optimal wastewater recycling system that they hope can be used across Asia and beyond. 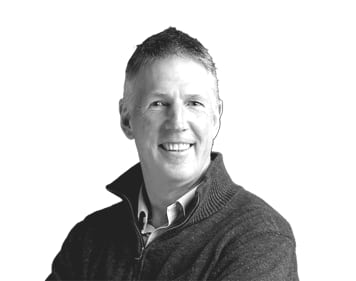 Across the planet, I think there’s three billion people who wouldn’t have what we in Australia would call drinking water.

Professor Peter Scales, Deputy Dean of the University of Melbourne School of Engineering

Recently Professor Scales was in Surabaya, on the Indonesian island of Java. The level of Polychlorinated Biphenyls (PCBs) – a carcinogenic compound and environmental contaminant banned in major economies – in the city’s main waterways was “crazy”, he says. That’s on top of the widespread use of non-biodegradable detergents. “Their rivers are foaming.”

Yet the system developed by the Melbourne team in conjunction with researchers from Victoria University, the Australian Antarctic Division and industry – built into a shipping container and tested in Hobart over the past 16 months – is “absolutely capable, day in day out” of turning even that muck into guaranteed safe drinking water.

The motivation behind the project, says Professor Scales, is to break “the pollution cycle”. Over the past 200 years of modern sewerage systems, the priority has been to remove contaminated water from population centres and dump it elsewhere, diluted and dispersed into the environment.

And while advances in tertiary treatment have been effective in removing pathogens – viruses, bacteria, helminths and protozoa – from wastewater, potentially deadly chemicals slip through and accumulate.

“If I asked someone what’s the biggest difference in their life in a city in the last 40 years, they’d probably say cars or computers,” says Professor Scales “But it’s actually the number of chemicals involved in our daily lives. They’re ubiquitous now.

“The average city has gone from probably using about 4000 chemicals to more than 70,000 and most of them end up in our water.”

These include flushed pharmaceuticals, hormones and antibiotics; antiseptics and personal care products including fragrances; triclosan from toothpaste; DEET from insect repellent; bisphenol A from plastics; industrial and agricultural chemicals; pesticides; bleaches; tyre leachates; fire retardants; and even metformin, a compound used for Type 2 Diabetes treatment.

But even these can be removed under the system. “Turns out it’s pretty simple,” says Professor Scales, with no small amount of understatement. “You just put eight barriers in a row.”

That process begins with normal wastewater treatment to get rid of a lot of the organic pollutants. “Then we put ozone in there and that just smashes up molecules,” he says. “We then do a filtration, to filter out all those smashed-up molecules, particles and some of the pathogens.”

The water is then put through activated carbon to filter residual contaminants, followed by reverse osmosis to remove salts and the smallest molecules. “At that point – five barriers – you’ve produced water that is better than 98 per cent of all drinking water in the world,” says Professor Scales.

“But then, to guarantee it is pathogen-free, we add two extra barriers: ultraviolet light to kill any residual virus, bacteria or protozoa; and chlorine, which is not just for pathogen control in the water but for the delivery system, to stop things growing in the pipes.”

Finally, calcite is added, “because really pure water is actually quite corrosive – it can dissolve your teeth.

“At that point we’ve produced water that has an extra four or five steps beyond conventional processes in the world, although it is looking to treat wastewater and contaminated water. People say that’s overkill but we can show even in a worst case scenario [of pollution] that will always give clean water.”

The system has another fail-safe, under what engineers call a Critical Control Point system. If any single barrier is not working perfectly, it shuts down the whole system and cannot be over-ridden until the problem is fixed.

The prototype recycling plant in Hobart is destined for the Davis Station in Antarctica. It can recycle water for a community of 150 people and has been built into a shipping container, but only for ease of transport.

Professor Scales believes that the initial application of the system will likely be in small communities in places such as China, but the concept can be scaled-up to major cities, “even at a 10 million people scale”.

Persuading Australians to drink recycled water – what some have dubbed “toilet to tap” – is problematic, he admits. In 2006, the drought-stricken Queensland town of Toowoomba attempted to introduce wastewater recycling. But six out of 10 residents rejected the plan in a referendum. Changing Australians’ views will likely take a generation, he says.

“But this is not for Australian cities like Melbourne, which has already bought desalination as insurance for its water supply. It’s for the really big cities of the world and the remote communities that don’t have protected water supplies and that have critical water shortages.”

In cities, we throw at least 70 per cent of our water away – in some cases 99 per cent – and it’s so contaminated that the environment is degrading because of the chemicals and pathogens in it, says Professor Scales. We must break that cycle.

“We can probably improve productivity so that only 20 per cent of water coming out of a dam gets wasted. We need to move to these sorts of productivity figures in our cities as well as our agriculture if we’re going to have nine billion people on the planet and they can all have fresh water.

“There’s just not enough if we do it any other way.”