By Crys Ja, University of Melbourne

Australian farms will one day think for themselves: living, breathing, self-sufficient pieces of land that will change the postcard stereotype of a well-tanned, dusty-booted Australian farmer into a tech-savvy bloke just as adept with a computer as he is with a tractor.

And driving this dramatic change are all-seeing and all-knowing drones. These unmanned aerial vehicles (as they’re formally known) could turn Australia’s agriculture industry on its head.

Dr Sigfredo Fuentes is a plant physiologist and engineer at the University of Melbourne whose end game is the smart farm.

In his mind, it won’t be restricted to a single crop – maybe it’ll grow peaches and nectarines and vines as well, all of which are mapped out digitally.

And at the heart of the operation will be the drone, autonomous and equipped to collect all the data it needs to monitor the entire farm down to the last plant or tree.

Without anyone needing to push a button, it’ll set out at various times during the day to record images that will tell the farmer how healthy the crops are, how fast they’re growing, if they’re stressed and pointing out pest infestations.

In this farm of the future, if one area requires more water, the information would be fed back wirelessly and seamlessly to the farm’s irrigation system, which would then automatically address the shortfall.

And just how far away are we from this fantasy?

“Oh, five years?” says Dr Fuentes. “We’re working on this technology as we speak, and there’s such huge advances in this space that each day there’s something new.

“A lot of this technology is available right now, but our challenge is to turn the data into something your average farmer can use and operate on their own.”

Drones have changed the way we live – from delivering books to mapping our crime scenes, from fighting bushfires to weekend recreation.

But the biggest sole adopter is agriculture. Juniper Research estimates 48 per cent of all commercial drone sales in the UK this year will be within the agricultural sector.

Dr Dongryeol Ryu is the founder of the Melbourne Unmanned Aircraft Systems Integration Platform (MUASIP) at the University of Melbourne’s Melbourne School of Engineering. He works with drones in a myriad of ways – searching for relocated koalas, measuring quarry volume and filming heritage buildings to assist with preservation efforts.

But it is his work developing drone technology and their capability on farms and vineyards with Dr Fuentes that has the power to turn a multi-billion-dollar industry on its head.

And recently they gave a demonstration to a winemaking estate in South Australia’s Coonawarra, who wanted to know if drones could provide a better way of assessing water stress on their land.

At the moment they use pressure bombs. Drs Ryu and Fuentes say this is an advanced ground-based method, which involves putting a bag around a leaf, cutting it and then slowly adding nitrogen gas. The pressure increases so that sap is forced out of the leaf stem, which can then be measured for water potential.

But there are limitations. It’s 30-60 minutes before the measurement is ready, requires heavy instruments and samples are limited to wherever they’re taken from.

This particular vineyard was taking samples once a day from just a few grapevines out of the thousands housed on their plantation.

Dr Ryu spent a few hours plotting the entire vineyard and laying the optimal course for the drone, which was set up to take thermal images at specific time intervals and stitch them together.

It took 30 minutes of flying before Dr Ryu and his research team began the heavy-duty task of collating the data and simplifying it into a simple colour-coded system.

The resulting images demonstrated that in just 20 metres, water levels can fluctuate widely.

“The trees marked are the ones usually sampled for water monitoring, but as you can see they actually had quite large chunks of the vineyard suffering from water stress on the day,” Dr Ryu says.

“And the blue area shows where they had potentially water logging problems, so maybe a water pipe got broken.

“This information is pretty valuable.”

Saving water – or rather, targeting water use – is worth serious money to growers. Not to mention its positive impacts on the environment. Using drones and sensors, one day farmers will be able to pinpoint nutrient levels over wide areas, figuring out where to use nitrogen on the soil and importantly, where to use less of it.

So with the obvious benefits, why isn’t Australian agriculture clamouring to get on the drone bandwagon?

Dr Fuentes believes cost isn’t the issue, nor is it Australia’s drone flying laws (dictated by the Civil Aviation Safety Authority) which recently were relaxed, allowing landowners to fly drones under 25kg without a special remote piloting licence.

The fact is that while farmers and growers currently have access to this kind of imaging captured by drones, the devil is in how to read it.

“You need to be able to interpret it for it to be meaningful to a decision-making purpose,” Dr Fuentes says.

“There are many companies offering drone services to farmers, but that raw data may not mean anything to the growers.

“What we’re doing is trying to make the technology fully autonomous and develop the right algorithms so we can not only capture the information, but understand it.” 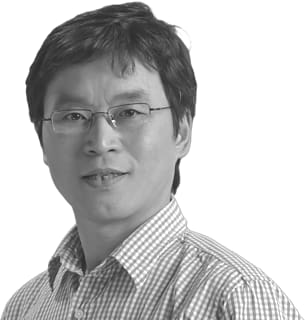 This is a whole processing chain, from data collection to analytics and end-user consultation.

Once the technology is ripe for the picking, he thinks drones on Australian farms will be the norm, although he’s more conservative than Dr Fuentes on the timing.

“This is a whole processing chain, from data collection to analytics and end-user consultation,” Dr Ryu says. “Any part missing means it doesn’t really work.

“So it’s a huge collaborative effort – with industry partners and the government – and that might take some more time. More like 10 years.”