Water is life, the world’s most precious resource. Yet across rural Australia, irrigation systems covering an estimated 2.5 million hectares of land are in desperate need of modernisation. In the United States, the figure is 10 times as high.

But of the major nations, it is in thirsty China that substandard irrigation hits hardest. Across that vast country, particularly in its north, 400 million people exist with dangerously low supplies of water – and as much as 60 million hectares of land is watered by irrigation systems that are critically out of date.

Relatively small improvements in irrigation techniques can lead to vast increases in agricultural yield: a 20 to 30 per cent improvement in water productivity on the farm can mean a 200 per cent gain in food produced.

Now groundbreaking technologies developed over 15 years of collaboration between the University of Melbourne and Melbourne-based company Rubicon to automate irrigation networks are meeting the challenge of growing more food sustainably in China and across an ever-hungrier world – and saving precious water.

The technologies – FarmConnect and the Total Channel Control system – have been deployed across Australian irrigation districts and the US as well as in Spain, Chile, Mexico, Italy, France, New Zealand and Canada. One massive project in China’s Yellow River Basin covers 100,000 hectares and supplies water on controlled rotation to hundreds of thousands of small landholders.

Developed by researchers in the Melbourne School of Engineering and engineers at Rubicon, the world benchmark installations employ a combination of internet technology, cellular networks, wireless telemetry, solar power and soil moisture sensors to model, measure and control water flow through smart gates and valves, delivering precise amounts of water to crops precisely when they need it.

“We have invented technology that listens to the plant and how it lives and grows and that only supplies the water that the plant requires,” explains Professor Iven Mareels, Dean of the School of Engineering.

“How do we know that? We look at the root soil of the plant. If that falls below a certain moisture level it triggers an alarm that tells the farmer, ‘Your plants are thirsty, it’s time to water them’.”

The on-farm system can be fully automated, within certain parameters set up by the farmers, with moisture sensors sending signals straight to the channel. “In principle, the grass, the wheat, the corn could order the water when they need it,” he says.

“The prediction is that by the time we’ve finished we will save as much water every year as Melbourne consumes, 400 gigalitres of water per year, maybe a little bit more. Just on the Goulburn-Murray system,” says Professor Mareels.

Food production accounts for 70 per cent of all water use across the world, and irrigation farming uses 50 per cent, he says. But much of that water is wasted – a typical Australian farm with flood irrigation achieves about 50 per cent efficiency; in China efficiencies are as low as 30 per cent. 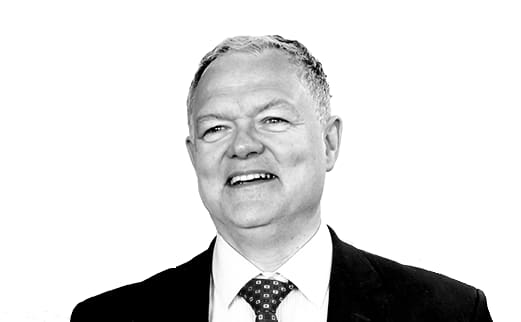 We have invented technology that listens to the plant and how it lives and grows.

Professor Iven Mareels, Dean of the School of Engineering

“I call it Sumerian technology, because 2000 years before Christ the priests of Sumeria controlled that civilisation’s irrigation, sending out labourers to break an earthen dyke and flood a farm,” says Professor Mareels. “It’s the technology we use today and it’s totally inefficient.”

But the new technologies developed in Melbourne can give 90 per cent efficiency. Farmers could use half the water to grow the same crops as today, or double their yield with the same amount of water.

“Precision farming says I can get twice as much production out of the same litre of water,” says Deputy Dean, Professor Peter Scales. “I think that’s conservative; in real terms I believe you can probably go to three times.”

The Channel Control system uses Rubicon’s newly-designed smart gates, valves, meters and other products now produced at the company’s state-of-the-art plant in Shepparton from where it has exported more than 15,000 units across the globe.

“Some of the gates are a marvel,” enthuses Professor Mareels. “It’s sandwich construction a la Boeing. The aluminium skins are extremely thin on each side and the rest is foam. It’s lightweight, it’s very stiff, it has a little DC motor driving it all, and then there are so many measurements – 64 variables are tracked in every gate.”

The interconnectivity is a further marvel. FarmConnect is a web-based in the cloud application giving farmers remote control. Because the software lives in the cloud, they can monitor their crops and manage their irrigation from any device that has web access, no matter where they are.

The application allows them to remotely monitor connected weather stations, rain gauges and soil moisture sensors, with data recorded every 15 minutes. The software can be configured to send the user a text message or email when soil moisture drops below a set point and if any problems arise as an irrigation progresses.

As Goulburn Valley irrigation farmer Russell Pell told Pursuit last year, such precision farming has given him and his wife Cath peace of mind, a better lifestyle – “time to smell the roses” – and, hopefully, an extra 10 years on their 800-hectare cattle and stockfeed property near Shepparton.

Where once they manually watered six times a week, they can now do it just three days every fortnight and can do it from their home office or even on holiday. “On our last holiday… we watered the paddocks with a few clicks on the laptop,” said Cath. “It would have been just as easy from Tahiti.”

But most importantly, says Professor Mareels, the technologies – developed since 1998 in a collaboration of private industry and University of Melbourne engineers, agriculturalists, hydrologists and ecologists – give the world a better chance of feeding itself in the face of climate change and at a time when 95 per cent of its water basins are already stressed and over-exploited.

“If we can double the productivity of water, which I believe this technology can do, we have a fighting chance to maintain our agriculture.”