The humble rice grain is the staple food for billions of people throughout the developing world, but there is little nutritional value in the grain beyond providing carbohydrates for energy.

University of Melbourne researchers are on the cusp of making a real difference by developing a new strain of rice that contains much higher quantities of the essential micronutrients iron and zinc in the grain. This has the potential to reduce chronic malnutrition disorders that can be caused by an over-reliance on rice in the human diet.

Some two billion low-income people around the world aren’t getting enough vitamins and minerals from their food in what is called “hidden hunger”.

The World Health Organization estimates that 30 per cent of the world’s population is anaemic, in many cases because people simply aren’t getting enough iron in their diet. Anaemia leaves people weak and lethargic and it is a significant, even fatal, health risk to pregnant women and children. Similar numbers of people are at risk of not getting enough zinc, resulting in stunted growth and impaired immune function.

University of Melbourne plant biologist Dr Alex Johnson and colleagues have created a genetically modified (GM) strain of “biofortified” rice that produces grains with significantly more iron and zinc. In recent field trials the researchers not only beat their targets for increased grain iron and zinc concentration, but the biofortified rice proved to be just as high-yielding as conventionally bred rices.

Rice grains usually contain just 2-5 parts per million (ppm) of iron and the researchers needed to increase that to at least 13 ppm to address iron deficiencies in rice-based diets. They managed to get to 15 ppm. Similarly, they had been aiming to increase the amount of zinc from 16 ppm to 28 ppm, but they managed to get to 45 ppm. The results were published earlier this year in Scientific Reports, an open access journal from prestigious scientific publishers Nature.

“The results show that this technology actually works in the field, not just in the glasshouse,” says Dr Johnson, from the School of BioSciences. “We exceeded our biofortification targets and the rice was just as high yielding as existing rice varieties.”

Crucially, the field testing also showed that while the genetic modification had enabled the biofortified rice to take up more iron and zinc from the soil, it didn’t increase the take-up of harmful heavy metals such as cadmium.

Nutritional testing of the grain also showed that if we were to eat this rice, our bodies would readily absorb the higher quantity of iron and zinc. The scientists were able to determine this by “feeding” the rice to so-called Caco-2 cells, which are a human cell line that can be grown in the lab to resemble the cells of the small intestine. The biofortified rice was “fed” to the Caco-2 cells by first artificially “digesting” it using enzymes that mimic our own digestive process.

“There are no deal-breakers in these results. We have proven our concept in a major variety of rice, and we are now ready to move this into a developing country,” says Dr Johnson.

“Rice is the staple food for billions of people today and that isn’t going to change anytime soon, so rice biofortification is a tool that we can use to address hidden hunger in a huge number of people.

“Over time that should lead to healthier and more productive populations in the developing world, boosting local economics and eventually supporting more diverse and balanced diets.

“We can and do use vitamin and mineral supplements and food processing to help people suffering from micronutrient deficiencies, but those interventions are recurrent costs and need industrial processing that may not be readily available in developing countries. Biofortification is a sustainable solution because once it’s in the seeds you’ve increased the nutritional quality of the crop itself. The farmer simply needs to plant biofortified seeds.”

Dr Johnson’s research has been funded and supported by several partners including the Australian Research Council and the not-for-profit HarvestPlus initiative. HarvestPlus is backed by the Bill and Melinda Gates Foundation and is tackling hidden hunger in developing countries with biofortified crops. Dr Johnson’s ambition is that farmers around the world would face no additional cost for adopting the iron and zinc biofortified rice.

Dr Johnson, an American who later also became an Australian, did his PhD at Virginia Tech in the US where he worked to genetically modify potatoes to create resistance to the Colorado Potato Beetle. 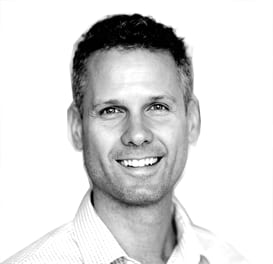 The results show that this technology actually works in the field, not just in the glasshouse.

Dr Alex Johnson, plant biologist at the University of Melbourne

At the University of Melbourne he has been working on genetic strategies to boost the iron content of rice since 2009. In 2011, his team identified a specific rice gene that when “switched on” increases the amount of iron taken up from the soil and transported to the grain. Usually this gene is only activated when the rice plant itself is short on iron, but by modifying what drives the gene they were able to keep the gene switched on all the time. “We have basically tricked the plant into thinking it is continuously short of iron.”

They also found that it increased the uptake of zinc. “It was a dream result,” says Dr Johnson.

His fascination with plants goes back to his childhood when he was enthralled by seeds growing into something that his family could eat. He remembers following his mother around the garden and impatiently digging up her plants to see what they looked like as they were growing. Now as a scientist, he has had to learn the patience of a good gardener.

“Given the huge opportunity we have here to fight human malnutrition, there are times when the project doesn’t seem to be going fast enough. But plants can only grow so fast and we need time for replicated field trials in multiple countries. It’s important that we fully understand how our biofortified rice grows in as many different environments as possible.”

Dr Johnson and his colleagues are now aiming to introduce the iron and zinc biofortified rice into Bangladesh where almost 80 per cent of cultivated land is dedicated to rice, but where more than half of all children and 70 per cent of women are iron-deficient. He says iron biofortified rice could have a huge impact in this country.

Another reason that the team is targeting Bangladesh is that it has already released other GM crops such as an eggplant variety that has allowed farmers to drastically reduce their insecticide use.

GM crops are controversial because of concerns from some, including Greenpeace, that they may have unforseen consequences that could eventually harm the environment and pose a health threat. But Dr Johnson says that there is a wealth of information showing that GM crops are safe and notes that more than a hundred Nobel Prize winners, from a range of mostly science disciplines, recently penned a letter asking Greenpeace to end its opposition to genetically modified organisms.

“Hidden hunger isn’t a hypothetical problem, it is a real problem, and biofortification is a real solution. I’ve not met anyone who is against that.”