Touch may be the least appreciated of the five senses. But without it how can one know the smoothness of a loved one’s skin, the silky, softness of a baby’s hair, the rasp of a man’s whiskers or the warmth of a cheek?

More practically, how do you measure the texture, heft and solidity of an object; perceive strength, resistance or pressure; or gauge the difference between dull and sharp?

Anyone who has lost the use of an arm through amputation, stroke or paralysis, has had not just movement and control, but also those vital, tangible human sensations stolen away.

Prosthetic limbs, once awkward, uncomfortable and limited in function, have come a long way, particularly with the advent of 3D printing. They can easily be custom fitted and even purpose built for various sports, as the recent Rio Paralympics have shown. Many of the most expensive models can be programmed to perform a remarkably wide range of movements.

But none have been able to restore the sense of touch.

Yet some dare to dream. And turn dream into reality. Researchers from the University of Melbourne, in collaboration with the University of Wollongong and St Vincent’s Hospital’s Aikenhead Centre for Medical Discovery, are developing a robotic arm that could help return not only full movement but, one day, sensation.

They are working on a prototype that will use 3D printed microchips to read the electrical signals in the brain and pass movement messages via nerves and muscles to the robotic arm – and ultimately, they hope, to send signals in the other direction, adding a sensory element, so that it can “feel” sensations such as strength and pressure.

In essence, says the University of Melbourne’s Professor Peter Choong, the robotic arm will be a mechanical device that responds to electrical signals from the brain – “and these electrical signals are thoughts”. It literally will turn thoughts into actions: “We imagine the move and it happens.”

But what we also want is for the machine to talk back to the brain, he says. “That’s the dream.”

But not a pipe dream, says the man who describes rebuilding an amputated limb as his “Everest”. The pathways are already there in the form of nerves, like a telephone line. “What we’re asking our scientists to do is to find ways of connecting the disconnected, loose ends to who you’re trying to call, the muscle or the machine, and program it to respond,” says Professor Choong.

There’s no reason why it can’t be a two-way conversation, he says. “Under normal circumstances the single nerve works both ways, as in that telephone line … I speak and you hear my words; that’s called action and sensation.”

One of the diverse, multi-disciplinary team that has come together to make that – and more – happen is University of Melbourne robotics engineer Denny Oetomo, who shares Professor Choong’s long, perhaps romantic view. His team is building what the project description calls a “dexterous robotic hand neuroprosthesis”, but Associate Professor Oetomo says: “I don’t want a tool. I want a limb.”

A number of prostheses now available – costing as much as $100,000, and usually provided through insurance – provide a range of actions, controlled by devices like smartphones. But they are fiddly and hard to operate and many end up on eBay, traded in for simpler models, says Associate Professor Oetomo.

The project’s enhanced limb would function using implanted chips and electrodes as conduits, passing messages back and forth between the arm and the brain. It would use the recipient’s own nerves and tissue, muscle and nerve engineering, hooking it up to the artificial limb to perform in a normal way.

“The brain is at one end; the hand is at the other,” says Associate Professor Oetomo. It’s the interface that’s the challenge.

“It’s the human-machine interface; finding the balanced trade-off, between how much intelligence to execute here in the hand, while maintaining that sense of the human in charge … By that definition it should listen to me and do what I tell it to.” 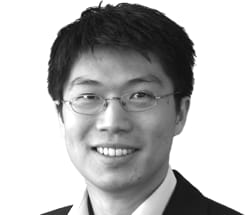 The brain is at one end; the hand is at the other. It’s the interface that’s the challenge.

That aspect is based largely on the research of St Vincent’s neurologist Professor Mark Cook, who has used complex mathematical models to record and decode the electrical activity in the brains of test subjects as they perform different movements. Analysis of the recordings allowed Professor Cook to determine which combinations of electrical signals correlated to which movements.

Listening to the electrical activity, for instance, he could ascertain which limb – and which part of that limb – was going to move. In essence, the researchers could understand a patient’s thoughts and turn them into mechanical action.

As the various areas of expertise converge, says Professor Choong, “you can see the jigsaw pieces coming together to build this wonderful picture of the future”.

“Denny’s work with the arm, just to be able to it move in response to muscle stimulation is really inspiring. We’re working with a company that can build a conduit that anchors itself in bone, allowing the passage of electro-materials into the external world and the mechanical limb.

“We have scientists who can build with carbon nanotubes, little guides that will pilot regenerating nerves in the direction of muscle to help them hook up again. Where there’s no muscle we have scientists looking at how you can tissue-engineer muscle to make up what’s been lost.

“It’s a collision of imaginations.”

Imagining returning a sense of touch, or “sensory feedback”, is the project’s biggest challenge. But the researchers have developed an electrode system of micro-arrays on which they have been able to grow cells that can potentially create sensation percepts in the brain.

That brain may have to be trained to perceive these as “touch”, notes Professor Choong. “Perhaps it will be just knowing how much power to exert so you don’t crush a crystal glass … 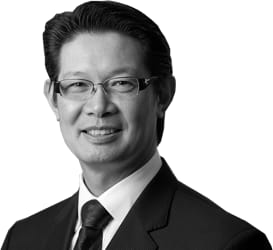 You can see the jigsaw pieces coming together to build this wonderful picture of the future.

“And maybe a person who loses a limb, who’s given an opportunity to sense things differently, will have an enhanced feeling – maybe their version of the baby’s hair or the gossamer touch of fabric.

“Although this seems so sci-fi, possibly the most important thing it does is give hope to people. Hope that they may be able to get back things that they have lost to disease, degeneration, tumour or accidents and have a much more fulfilling life.”